My Love of Aomori

Having lived in Aomori for almost twenty years, I am not sure that I can still claim to be a true outsider, but before I came here for the first time for the opening of our university in 1999, I knew very little about Aomori. I was living in England with my family and we had many Japanese friends there, but no friends from Aomori or Tohoku, so media sources played an important role in our decision to move to Aomori.

Finding out about Aomori was difficult at first. In the late 1990s the internet was still relatively young. My internet connection was slow, text took time to load, and images took forever. Nevertheless even then I was able to find out more about Aomori through internet than I could find in local libraries. Now of course we turn to the internet for everything, and a search for “Aomori” on UK search engines returns around fourteen million hits. Impressive, but as the internet continues to grow, think how much information Aomori is competing with for attention. In the time it takes you to read this, the internet will have added more new data than you could ever access in your lifetime. It is not easy to stand out on the internet, but a web presence is important as it at least makes information available for those who wish to find it.

For me the richest source of information came not from books or from internet, but from colourful brochures sent directly from Aomori. These were my reading matter for several days, and it was through these that I became excited about the prospect of moving to Aomori. Images can be very powerful, and photos of the seasons in Aomori captured my imagination: cherry blossoms, the excitement of Nebuta, autumn leaves, winter snow, and all in a setting of great natural beauty, surrounded by mountains and sea. I remember one particular photo of a young family, casually dressed, smiling, enjoying a walk in the fresh air. It was a striking image of a healthy, happy lifestyle.

It was useful that some of the information that I received was written in English. As a linguist I had studied several European languages, and if I pick up a newspaper in most European countries I can usually make some sense of what I am reading. There are common roots which connect European languages, vocabulary and structure, and the printed word offers access without the barrier of local pronunciations. Not so with Japanese, for me at least. I had never studied Japanese, there was little in common with the languages I was familiar with, and the script was an immediate barrier. I had no access to Japanese text, but it was the colourful images in the brochures that I received which left a lasting impression. Aomori presented itself as a warm, welcoming place, populated by good people who appreciate what nature has given them. By the time I finally arrived here, two or three days before I was due to start work at the university, I had already made up my mind that I would like Aomori, and I am happy to say that this positive feeling has always remained with me.

Before I moved to Aomori, I had lived and worked in some of Europe’s most famous cities, and in other places popular with tourists, and I find that people are sometimes surprised when I say that Aomori has been my favourite place to live. What is it that I find so attractive in Aomori? I could give a long list, but my simple answer would be ‘quality of life’. I have found in Aomori a lifestyle which has suited me perfectly.

For most of us, people make the biggest contribution to our quality of life. I find the people of Aomori to be generally warm-hearted, honest, respectful of others, hard-working, and loyal to their family and their company. Shared values are what hold a community together, and I have always admired the sound values and good sense of my students, who have chosen to enter caring professions in Aomori and elsewhere. They are the future of Aomori and of Japan, and I am heartened by their generous spirit.

In my contacts with people I cannot claim to understand all of the subtleties of interpersonal communication, but I do notice that the balance of verbal and non-verbal communication is different from what I was used to. Facial expressions, head and body movements, speed of delivery, and pauses in speech all seem to express information which I might myself express with words and intonation. I wonder how many people I may have inadvertently upset with my more direct verbal approach. I can understand that my communication style may appear unnecessarily assertive or even aggressive to a Japanese listener, even though that is not intended.

Quality of life is greatly enhanced also by the natural environment of Aomori. Surrounded by the beauty of nature, Aomori benefits from fresh, clean air, pure water and natural hot springs. Perhaps those who have grown up here take these things for granted, but on arriving in Aomori for the first time I was stunned by the richness of this environment. Even the quality of the sunlight was different, with bright, vibrant colours at midday, and warm glows in the morning and evening.

In England as in Japan you are never very far from the sea, but the mountains are a different matter. Having grown up in the city, I remember a childhood trip to the Lake District, where I was struck by the beauty of the mountains, but this is just a snapshot from my memory. The notion of “mountain” was never an important part of my culture or my consciousness, as there are few mountains in my country compared with Japan. I now understand why mountains have such a strong a presence in Japanese culture. The mountains of Aomori offer outstanding natural beauty and year-round recreational activities, and in Aomori City the Hakkoda Mountains are ever-present, announcing the changing seasons and the approaching weather.

I find that the seasons are much more clearly marked here than in my country, where the temperature might reach 25 degrees on a warm summer’s day and there is little snow in the winter. In Aomori I do miss the long evenings of my hometown, where in summer it is still daylight until ten o’clock in the evening, but each season here offers something to look forward to, with festivals, events, seasonal foods and striking natural beauty. I love all of the seasons in Aomori, but perhaps my favourite season is winter. When I arrived in Aomori a new friend gave me good advice: “You must decide whether the snow will be your friend or your enemy. If you choose to have the snow as your friend, you will enjoy life in Aomori.” This was simple advice but it served me well. Even now I am excited when the little figure of a snowman first appears on the local weather forecast and I can look forward to the calm and beauty which the snow brings. While I am fit and well and I can drive my car and heat my home, I can enjoy the snow, but I know that it can bring hardship to some, for whom daily life can become a struggle during the winter.

Very little has disappointed me in Aomori. I can think of nothing that is worse than I expected,

and so many things that are so much better. I always felt for example that if I left England again I would want to live somewhere with an interesting food culture. Food makes an important contribution to quality of life, but I had little information about Aomori food and I expected that it would be difficult to find foods that I liked. How wrong I was. I have always enjoyed cooking, and Aomori has the most exciting range of ingredients of any place I have lived. The quality and variety are outstanding, and cooking delicious and nutritious food does not have to be expensive in Aomori. Of course I can find exotic foods from all over the world, and the choice has increased with new products coming on the market every year since I have been here. I can buy food from elsewhere in Japan when it is not in season in Aomori. Above all though it is the fresh, local, seasonal food which appeals most, and this is where Aomori really excels. Autumn in particular offers an abundance of fresh, local produce, but throughout the year there is always something special for the season.

Since I came to Aomori, in my country and elsewhere there has been an explosion of interest in Japanese cuisine, and words such as sushi, miso, soba, nori, and wasabi have passed into the language. Japanese restaurants are everywhere, and sushi is available in most supermarkets, although it is diffi cult to match the quality we find in Aomori. The long life-expectancy of Japanese people is well known, and Japanese food is seen to offer a healthy, balanced diet. Food in Japan is chosen for its beauty, its variety and its health-giving properties, and indeed I find that people here are generally more health-conscious. I see people taking exercise in the form of long, vigorous walks, often early in the morning when the city is quiet. I must admit that I feel a certain

pressure every year when the annual health check comes round, but it certainly has a positive impact on health, and I feel that my health has been looked after here better than at any stage in my life.

Maybe my love of Aomori is to some extent connected to my life stage. I was in my late 40s when I came to Aomori and I am now retired, and I have found a lifestyle here which has suited me perfectly. Would I have enjoyed Aomori so much in my 20s or 30s? It is impossible to say. There are many variables and my interests may have been different in those days. I enjoyed my time in big cities when I was younger, but I have appreciated the healthy balance that I have found in Aomori life. I wonder how many middle-aged residents of Japan’s big cities moved from Aomori in their 20s, and now yearn to return to the kind of lifestyle that I have enjoyed so much in Aomori. By middle age their children may have grown up and their parents may be aging, and this may be a good time to move back to Aomori, but my impression is that this kind of move is not so easy for most Japanese workers.

I feel I have been incredibly lucky to find myself in Aomori. After twenty years, am I still an outsider? Yes and no. On my first visit to Japan I was struck by how few foreign faces I saw in Tokyo compared with London, and Aomori is less cosmopolitan than Tokyo. I will always stand out in a crowd here, and the first question strangers always ask me is, “Where are you from?” On the other hand Aomori has been my home, and I thank the people of Aomori for making me feel so welcome. 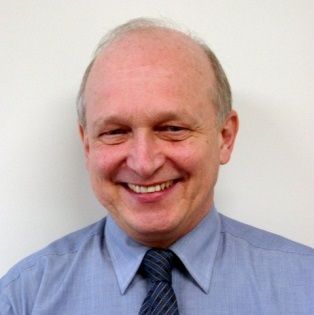 Born in 1950, Liverpool in the UK, Alan Knowles has a Master of Arts degree in French and Latin from Oxford University, qualified as a language teacher at London University, and has a PhD in linguistics from Sussex University. He has taught English, French, Latin and linguistics at all levels from elementary school to graduate school. He was a Professor at Aomori University of Health and Welfare from 1999 to 2018.Now retired, he divides his time between England and Aomori.

My Love of Aomori